On foot
The East Road campus is about a ten-minute walk from the centre of Cambridge and landmarks such as the Guildhall and Market Square. The Health Building and Music Therapy Centre are just around the corner on Young Street. You’ll find a campus map at the bottom of this page.

Bike
Cambridge is the unofficial cycling capital of the UK, and Cambridge Cycling Campaign has a free city map and route planner.
You’ll find plenty of cycle parking on campus.

Rail
Trains run frequently between Cambridge and London, Ipswich, Peterborough, King’s Lynn, Birmingham and Stansted Airport.
If you’re travelling from Heathrow or Gatwick, head for King’s Cross or Liverpool Street stations in London; you can catch trains to Cambridge from there. If you’re planning a train journey in the UK, National Rail Enquiries is a helpful source of information.
If you’re travelling on Eurostar it will bring you to King’s Cross, where you can catch a train to Cambridge. The journey time from London to Cambridge is about 50 minutes to one hour.
When you arrive in Cambridge, we’re a 20-minute walk from the train station. Alternatively, you can catch the busway A bus to The Busway Parkside (Nw-Bound), which is a seven minute walk to campus. Take a look at Google maps to see which option suits you.

Car
Cambridge is close to the A1 for north-south journeys, and the A14 and A47 for east-west routes.
Central Cambridge can get very busy, so we recommend using the Park and Ride service if you’re travelling by car (see below). There are five different services running seven days a week. Two of the services (Milton and Newmarket Road) stop at the Grafton Centre, opposite the campus.
There are a limited number of spaces for daily use by Blue Badge holders (book in advance by emailing facilities-helpdesk@anglia.ac.uk). For general parking the Queen Anne and Grafton Street multi-storey car parks are both five minutes’ walk away and there is a short-stay car park opposite our campus on Adam and Eve Street.

Park & Ride
Cambridge has five park and ride bus routes, two of which (Milton and Newmarket Road) stop at the Grafton Centre, opposite the campus on East Road.
The park and ride costs £3 for a day return ticket. Group Park and Ride tickets are also available for up to five people for £8.50 (correct as of 17 April 2018). Please check the Cambridge park and ride website for more information before travelling.

Maps of Cambridge and the campus

Some deals have been set up by the Anglia Ruskin University, please see below details on local accomodation 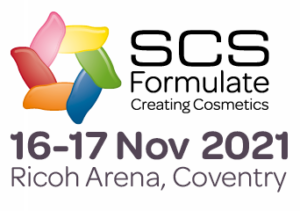